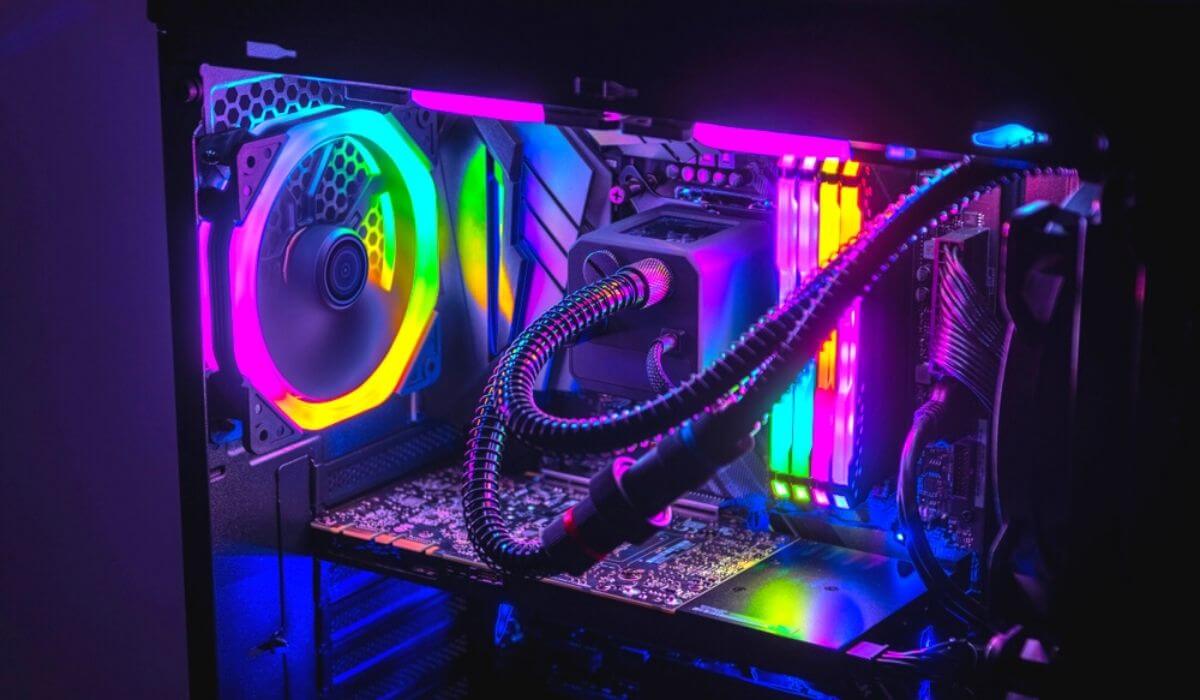 The issue of GPU Sag is quite common among top-tier bulkier cards. We often get to hear questions about RTX 3080 GPU sag or RTX 3090 sag. Despite this not pose a considerable threat to your GPU, you might want to know how to prevent GPU sag.

Quickly solve GPU sag by following some simple DIY solutions. You can use wires to hang your GPU with the casing. Another way is propping it up. Other technical solutions to fix GPU sag include vertically mounting the GPU and using a GPU anti-sag bracket.

In the following post, we’ll try to cover the GPU sag fix in detail so that you can solve it on your own.

How Bad is GPU Sag?

GPU or Graphics Processing Units are the core of any gaming setup. Usually, it is the most costly component of any desktop. So, as a gamer, you would want to secure your GPU at any cost.

GPU sagging can barely harm your GPU physically and does not reduce PC performance at all. GPUs and PCI-e slots can survive through a lot of stress. Don’t worry about minor GPU sag unless its appearance disturbs you.

Although the PCI-e slots are sturdy enough to hold your GPU even under tremendous strain, they can disconnect in case of a massive GPU sagging. GPUs might be damaged in some cases of extreme sagging. In most cases, though, it is more about appearance than performance.

Why does GPU Sag Occur?

High-end cards like the RTX 3080 and the RTX 3090 are more prone to GPU sag. These cards are equipped with bulky cooling shrouds, backplates, and fans. All these weights can lead to a GPU sag.

These bulky GPUs are too weightful for the supporting case bracket and PCB to uphold. For this, the card bends a bit due to gravity.

How To Fix GPU Sag?

We found a lot of different ways on how to fix GPU sag. Most of these are pretty simple. You can quickly fix GPU sag with what can be found near everyday household items. There are also professional and dedicated methods and tools for preventing GPU sag.

One of the simplest ways to prevent GPU sag is to simply route the PCI-e cables over your GPU. Hopefully, it will create enough tension to keep the card lifted.

However, this solution might not be aesthetically pleasing. The upward cables often mess up the aesthetics of the build. You will also need premium quality braided cables to pull this off.

You can fetch some good-quality fishing wire and easily hang your part of the GPU that is sagging. Using zip ties, flosses, or yarn to tie the top half of the GPU to the case from above also works.

GPU sagging might be resolved by adding a GPU support bracket. It adds to further customization in your setup.

The support arms of the GPU bracket attach to the PCI slots that are below your GPU. GPU sag bracket physically holds your GPU from underneath.

They’re also available in a variety of styles, from bare steel to fully customized RGB. You can find MSI anti-sag bracket at the market.

How to Install a Supporting Bracket

Installing a GPU bracket could be a tiresome task. Here’s how you should do it.

After successfully installing GPU brackets, no matter how heavy your GPU is, it will not sag.

GPU sag should no longer be a concern if you can mount your GPU vertically. Installing a vertical GPU mount is a simple way to accomplish this.

A vertical GPU mount kit comes with an extended PCI-E cable and a riser cable. It holds your GPU, keeping it at ground level.

It is also worth the aesthetics. A vertically mounted GPU looks cooler!

How to Mount GPUs Vertically to Prevent GPU Sagging

# Step 1: Getting to Know the Components

A typical vertical mount adapter comes with multiple pieces. A riser card– PCIe Express cable is the first component you’ll notice. It will connect the graphics card to the motherboard.

Secondly, you will find a 90-degree display port to connect your monitor with the GPU. Lastly, you will get the adapter plate itself with a couple of screws.

Make sure the bottom component of the container is linked to the adapter plate before attaching the plate. Because the riser card will be mounted to this bottom component, it is required.

Finally, connect the GPU to the riser card and use screws to secure the GPU. All set, your GPU is now vertically mounted.

A simple DIY solution is to elevate your GPU with an object. You can put a solid object on its sagging right side.

There are plenty of opportunities to be inventive here. Lego is a unique way to support your bulky GPU. A Lego structure is cheap and easy to find. It can uphold your GPU in a fixated position.

Lego GPU sag certainly looks cool and geeky in some builds. It’s not a bad idea to give it a shot.
You can also use other objects like action figures, small boxes, etc.

Before mounting your precious GPU vertically, you should consider some basic tips and suggestions.

Vertically mounted GPUs often block essential airflow in the PC case. You have to avoid this to keep your build cool. To combat this, place one intake fan in the back of the casing and two or more intake fans in the front.

Another consideration is the graphics card’s width. It must not exceed 2.5 to 2.7 slot width. If the GPU is bigger, getting a full-tower case with a pre-built vertical mounting bracket is recommended.

How do I Stop My GPU from sagging?

These will stop GPU sagging.

Can you Fix GPU Sag?

Yes, you can easily fix the GPU from sagging by a vertical mount, which is the easiest method to prevent it. Using a support bracket will also do the job.

Does a Backplate Prevent GPU Sag?

The backplate is a metal plate on the back of the GPU that supports the cooler and the PCB. Thus it prevents the GPU sag.

What causes a GPU to hang?

Power supply overloading, faulty connectors, overheating are some of the main reasons for GPU hanging.

How do I Know if My GPU is Dying?

These are the primary signs of a dying GPU.

Summing Up How to Prevent GPU Sag

In a nutshell, GPU sag is primarily a cosmetic issue. We urge that you don’t be too concerned about it. Get the solution that is most aesthetically appealing to you.

Getting a GPU anti-sag bracket or mounting your GPU vertically will fix the GPU sag. You can even try simple, DIY solutions to prevent GPU sag.

1 thought on “4 Tips About How To Prevent GPU Sag You Can’t Afford To Miss!”