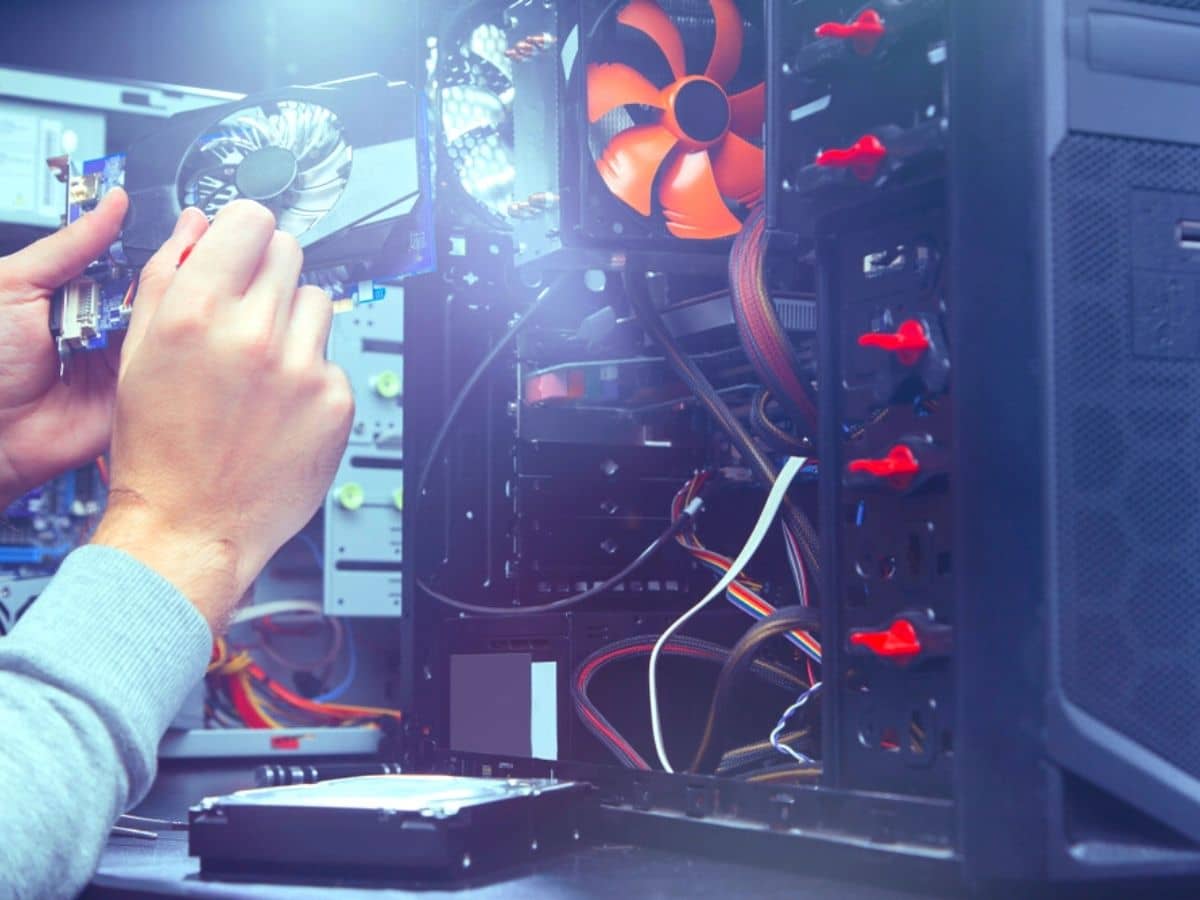 You want to build a PC but are you sure all the hardware works properly? Yeah, that’s a dump question to ask for anyone who is going to build a PC because there is no other way to check all the basic hardware, especially the motherboard, without building the entire connection rock-solid in the CPU.

But fortunately, we have a new trick in town that makes our checking process a lot easier, and there’s no need to keep the motherboard inside of a case. If you learn how to test motherboard outside of case, the complicated cable will no longer be an issue for you, because there’s a need for that.

Steps of Checking a Motherboard Outside of a case

Checking a motherboard requires you to follow a few steps, and all of them are simple steps once you’ll get used to them. These steps are for many motherboards, whether a micro atx motherboard or a normal motherboard.

Our goal is to test the motherboard and get into the BIOS. Also, don’t forget to read the motherboard’s manual before getting into the act. Touch a piece of metal to discharge the anti-static charge from your hand.

Set Up the Hardware components

First thing first, lay your motherboard on a nonconductive surface like a wooden table or cardboard. Now get the motherboard tray processor, place the processor into a specific place, and close the socket clip.

Look, many of us think this process is a short time motherboard checkup and don’t feel bothered to apply thermal paste on the surface where we place the processor. Now connect the CPU cooler fan to the CPU cooler heatsink.

After placing the processor and CPU cooler heat sink, now get your RAM Sticks and install them into the RAM slots of your motherboard. Install the GPU or video card into the PCIe slot. If you are using an APU processor, you won’t install a graphics card.

FYI, don’t need to connect a storage drive like the SATA 2,5 inch or M.2 storage device, only install the basic components to get into the BIOS.

Once you get this done, put the power cable from the PSU to the wall outlet from where you get the main power.

Plug in the Monitor

For getting into the BIOS, you’ll need to function from the keyboard, so don’t forget to keyboard and mouse in the USB port of the rear I/O panel.

Most of the latest models of modern motherboards have a dedicated power switch to turn on/off the motherboard. So if you have the switch on your motherboard, simply press it. In case you don’t have one, the motherboard requires a jump start.

No, find out pins for jumpstart and make sure the pins are for the jump-start reading the manual. Once you’re sure of the pins for a jump-start, touch the pins together with a screwdriver. It will make a bridge between two pins and give your motherboard a jump start.

You’ll see the LED light of the motherboard blink, and the CPU cooler fan will start functioning. It shows your motherboard has got the power. Now go to the BIOS and do whatever you want to see in BIOS. But if the motherboard were a DOA, you couldn’t enter the BIOS.

How do you test a motherboard outside of a case?

How can I test to see if my motherboard is bad?

Can a motherboard run without case?

Certainly, you don’t need to build the whole PC with CPU casting for testing your motherboard. Just install the basic components like processor, CPU’s cooling fan, PSU, GPU, etc., to run the motherboard.

Testing a Motherboard Outside of a Case: Worth It or not?

The most common question we face in recent times related to motherboards is, why do we need to test the motherboard before we build our PC? It is quite simple; most of the time, building a PC is complex and time-consuming. We must give too much effort to build a PC, so if you go ahead to this hardline walk system and basically build your whole PC and find out it doesn’t work, then you have to dismantle all the parts and send the motherboard back to the store.

So what we have talked about here about testing with a case allows us to check the motherboard quickly and makes us relieved while building the PC.